Home / Camping / Are Solar Cookers Worth it?

Carrying solar items with you when you go camping is always recommended, especially if you dry camp or don’t have hookups available.

The solar items you can bring with you to a campsite can include solar panels, but what about solar cookers?

What, exactly, are solar cookers? Solar cookers use the sunlight’s energy to heat up food, cook it, or sterilize it, so they’re perfect for when you’re in the middle of nowhere because they can make your life a lot easier.

While you might think that your cooking stove will be enough to keep you going for the duration of your camping trip, you might want to consider a solar cooker instead. Here’s what you need to know to choose the best one for your needs.

There are three main types of solar cookers. These are:

These are basically insulated boxes with a transparent top and reflective lid. Sunlight strikes the dark surface and is transformed into infrared radiation or heat, and when it hits the reflective surface it bounces off it and this is used to direct the sunlight to what you want to cook.

The transparent materials let sunlight pass through them and trap heat. Box solar cookers can reach temperatures of between 200 to 300 degrees Fahrenheit (98-140 Celsius).

These cookers make use of curved mirrors that direct the sunlight to a specific area. They are efficient and can reach temperatures as high as 400 degrees Fahrenheit (204 Celsius).

They also cook food faster than other types of solar cookers, so they’re beneficial for use outdoors. Their mirrors need to be adjusted regularly, however, so that the sunlight is targeted properly, which can make them feel a bit high maintenance.

Panel solar cookers are said to be a blend of box cookers and parabolic cookers. These types of solar cookers have multiple reflectors in their design that draw in the sunlight so that it can strike a pot or other device. Low-cost materials can be used to make panel solar cookers, and this is one of their advantages.

How Do Solar Cookers Compare To Other Cooking Methods?

Should you bring a gas stove, wood stove, or solar cooker on your next camping trip?

Gas stoves tend to be easy to use because of how they can work quickly to heat up food. With solar cookers, you have to be prepared for the cooking to take a longer time because you’re depending on the amount of sun you have available and the sun’s angle so that you can reach optimal cooking temperatures.

Solar cookers usually require full sunlight in order to work, which isn’t always going to be practical in the area in which you’re camping.

While it’s easy to control and change the heat on a gas stove used for camping, with solar cookers you have to continuously adjust them so that they’re aligned with the sun which moves in the sky. That said, you can find solar cookers that don’t require constant adjustments. An example is the Go Sun Survival Gear Solar Cooker. It’s foldable for easy transportation and comes with a tube cooking chamber. It doesn’t have to be adjusted regularly in the same way as other solar cookers, so it’s definitely easier to use. 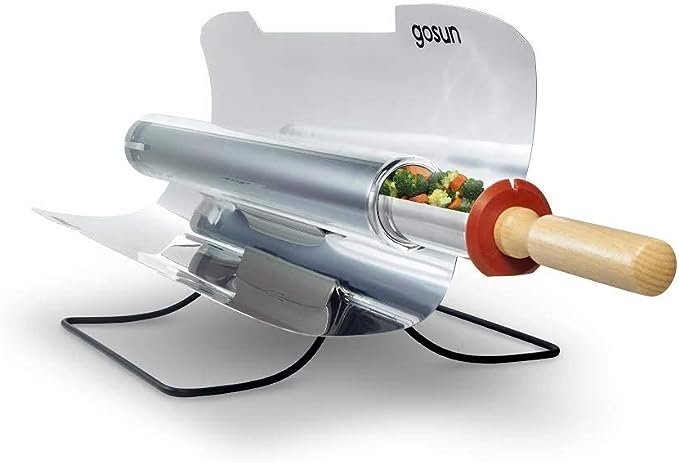 Gas cookers can be dangerous to use and store. There can be leaks in them that lead to life-threatening situations. You also have to carry gas canisters with you to use in your camping stove, which can be dangerous in itself. These propane canisters can be hard to dispose of too.

Solar cookers don’t have any of those risks, so you would probably have more peace of mind when using and transporting them.

Both solar cookers and gas stoves can be very compact and portable. An example of a gas stove that’s great for taking with you when you go camping is the Coleman Gas Camping Stove that only weighs 0.25 pounds (113 grams) and can easily fit into a carry bag! 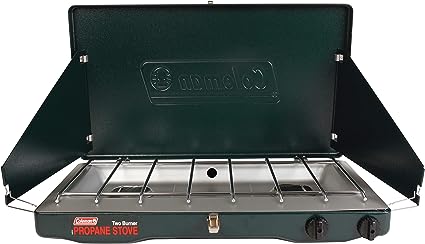 By comparison, the Go Sun solar cooker we featured earlier comes in at around seven pounds (3175 grams), so it is a bit heavier but its foldable nature makes up for that.

Wood stoves can be said to be better for use when camping than gas stoves, but how do they fare when compared to solar cookers?

However, they both share a common drawback – in a way, they both rely on the sun being out in the sky! While solar cookers need the sun, wood stoves also do – you can’t use wet wood for them.

Solar cookers can take a long time to cook food. The same goes for wood cooking because you need to wait for the wood to have glowing embers, otherwise if you cook too quickly on a wood stove you’ll have burned food. It’s sometimes difficult to manage the temperature on a wood stove, but why it’s better than a solar cooker is because you can use it at any time of the day provided you have enough firewood.

With a solar cooker, you have to try to use it when the sun is at its hottest because when daylight starts to fade you will lose cooking time.

Making food with the use of a wood stove can be dangerous because of the smoke that’s produced during the cooking process.

This smoke contains air pollutants that can be harmful to one’s health. Solar cookers are better for the environment because they don’t produce harmful smoke.

Both solar cookers and wood stoves are portable, so they’re perfect to take with you when camping. A camping wood stove like the one by Ohuhu that’s made out of stainless steel only weighs 0.8 pounds so it’s easy to carry around. 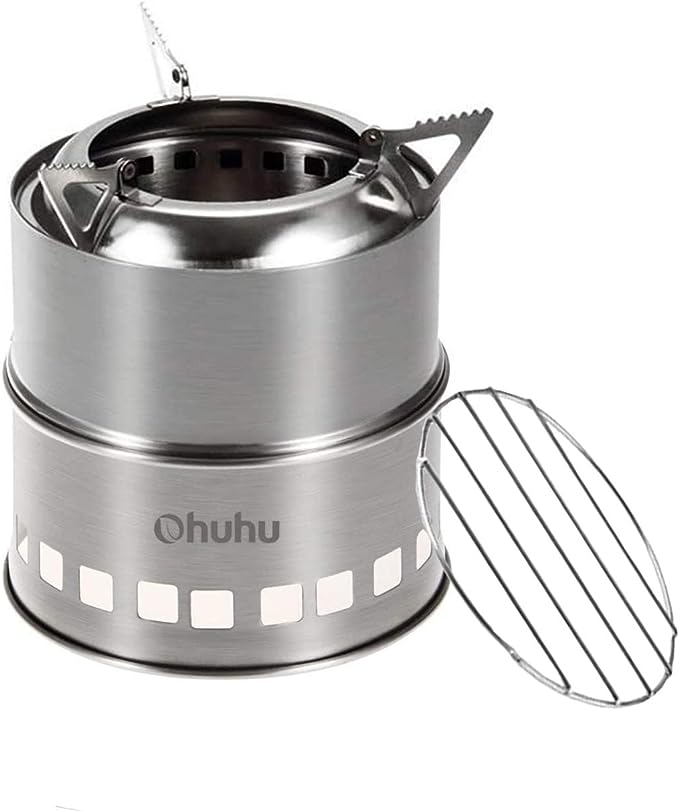 Is A Solar Cooker Worth It?

There are many good reasons why you should purchase a solar cooker. By making use of the natural resource – the sun – you prevent having to purchase fuel.

This is better for the environment while also helping you to save money. In addition, not having to make use of carbon dioxide-based fuels means that solar cookers can decrease your carbon footprint.

That said, it’s important to remember the potential drawbacks of solar cookers that we’ve seen in the previous section.

What’s the difference between a solar cooker and oven?

Solar ovens and solar cookers are basically the same thing. They are both devices that collect sunlight to use as a source of heat for cooking.

Can you use a solar cooker to sterilize water?

You can use a solar cooker to sterilize water because it does reach hot enough temperatures to be able to do this.

Can you make your own solar cooker?

One of the great things about solar cooking is that you don’t have to purchase a solar cooker – you can make your own. This video tutorial by GearUp shows you how with a lot of materials you probably have lying around the house.

If you need a portable solution to make delicious meals when you’re camping, you could make use of a wood stove or gas stove, but a solar cooker is so much more convenient because it’s better for the environment and easier to use as long as it gets a lot of sun.

Jennifer is a professional outdoor guide, instructor, and naturalist with a passion for helping people get outside.  She enjoys helping others gain the knowledge and experience they need to get out in nature and enjoy the great outdoors.