Across the globe, the effects of climate change are becoming ever more visible and more difficult to ignore. Rising temperatures are making it more difficult for many species to survive in their natural habitats, and the very landscape is changing before our eyes.

Without international cooperation and drastic changes to the way we live, the changing climate, and the continued loss of nature will mean that the planet that future generations will inherit is going to look very different from the one we know today.

The USA has one of the most diverse climates in the world, due to its sheer size and geographical range. This means that it will also face an enormous variety of climate change effects, setting natural landmarks across the country under threat of destruction.

If current trends continue, which cultural sights and natural wonders might be absent from tomorrow’s world?

The Saguaro National Park is located in the Arizona desert and is home to saguaro cactus, from which it takes its name. These cacti are famous for their tree-like stature and distinctive shape, starring in many classic westerns, and have become a cultural emblem of the region. They are also important to the native Tonoho O’odham people, who include these plants in their creation stories.

Unfortunately, these iconic cacti are in decline due to a combination of invasive species and rising temperatures that lead to drier conditions and more wildfires.

While the increase in wildfires is enough of a concern on its own, the invasive buffelgrass has covered the desert floor, allowing fires to spread quickly over large areas.
This has put the saguaro cactus under direct threat because, unlike buffelgrass, it melts away in the flames and doesn’t grow back. 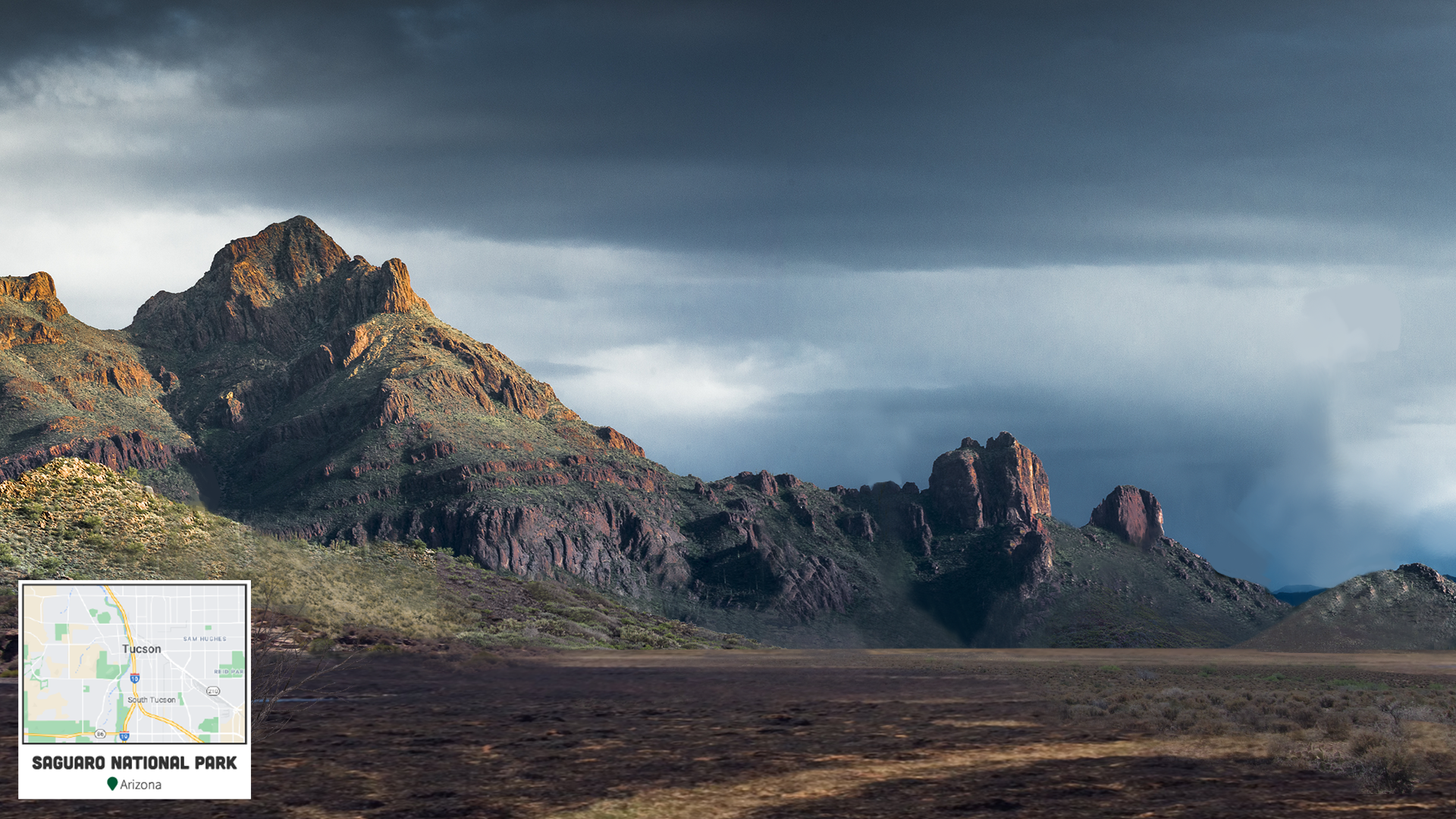 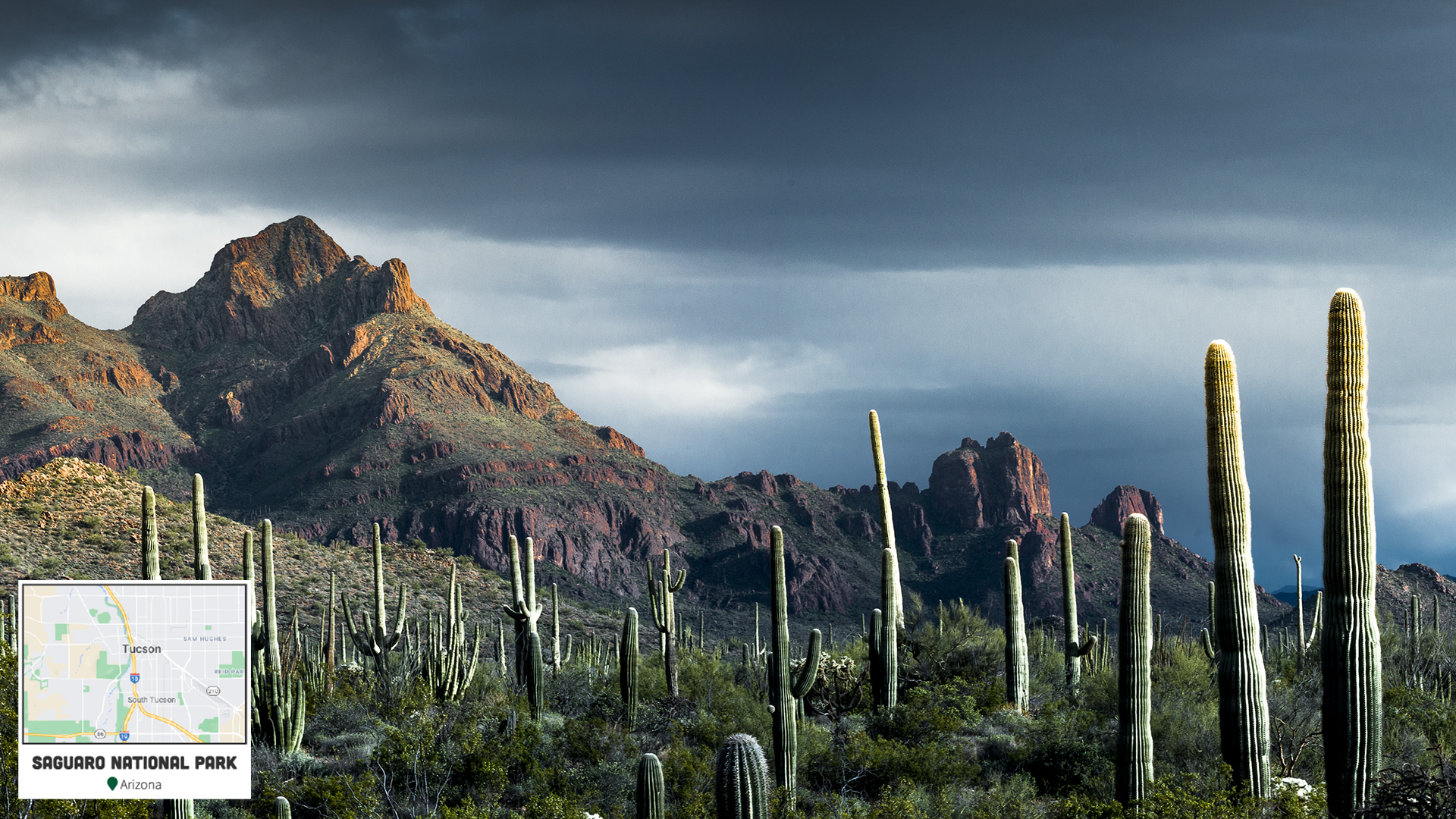 The Great Salt Lake is one of Utah’s most recognizable and popular tourist destinations and lends its name to the nearby state capital, Salt Lake City. The salinity of the lake is so high that you can float in the water, a popular pastime in addition to the swimming and sailing that many visitors enjoy.

It is also the largest saltwater lake in the Western Hemisphere and is home to a diverse ecosystem that supports millions of birds, including the largest pelican population in the US.

Unfortunately, the Great Salt Lake is beginning to dry up. As of 2017, the lake had lost half of its volume and the water surface sat 3.7m below its earliest recorded level in 1847. With drier conditions and more frequent droughts, the Great Salt Lake could soon dry up if action is not taken to preserve it. 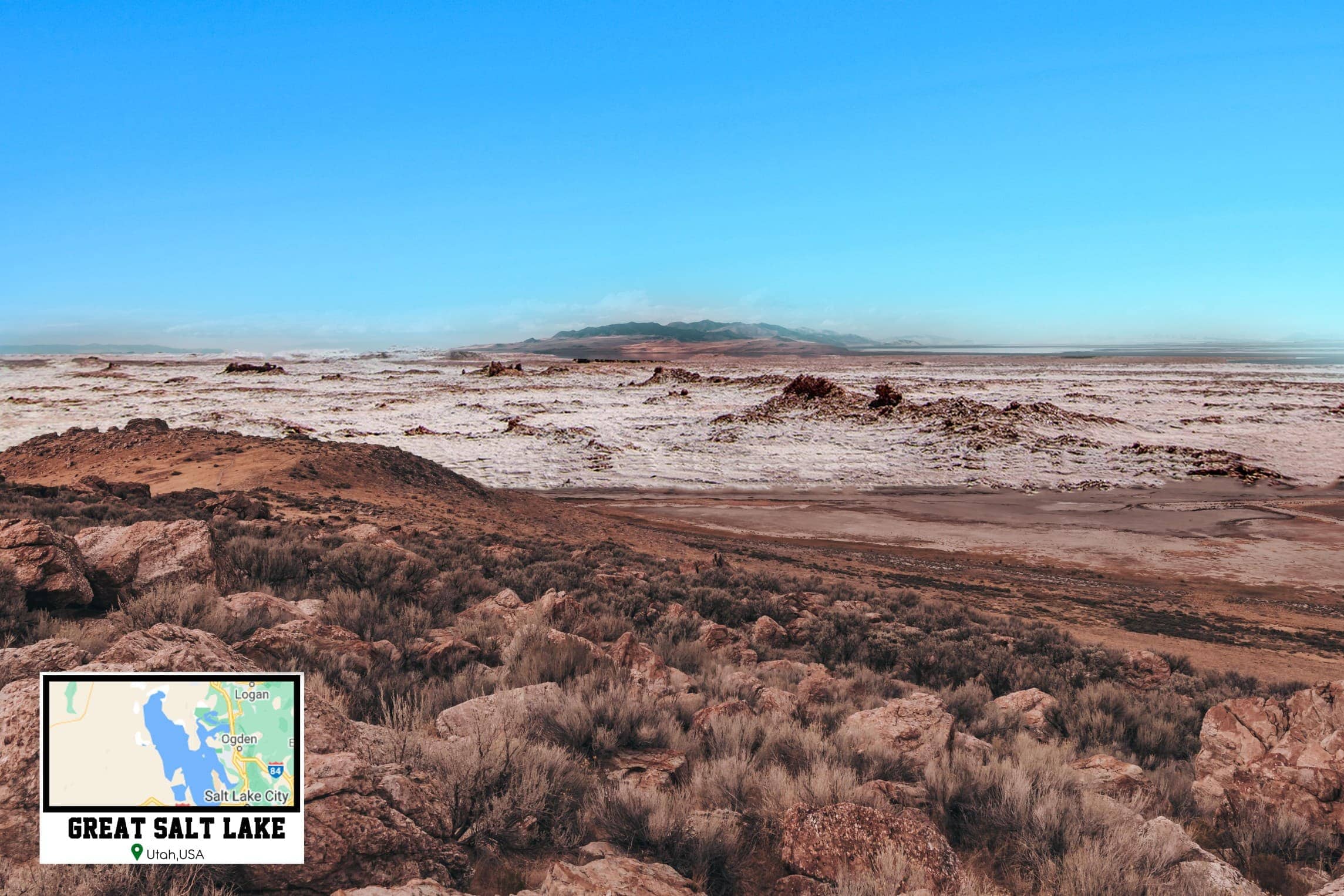 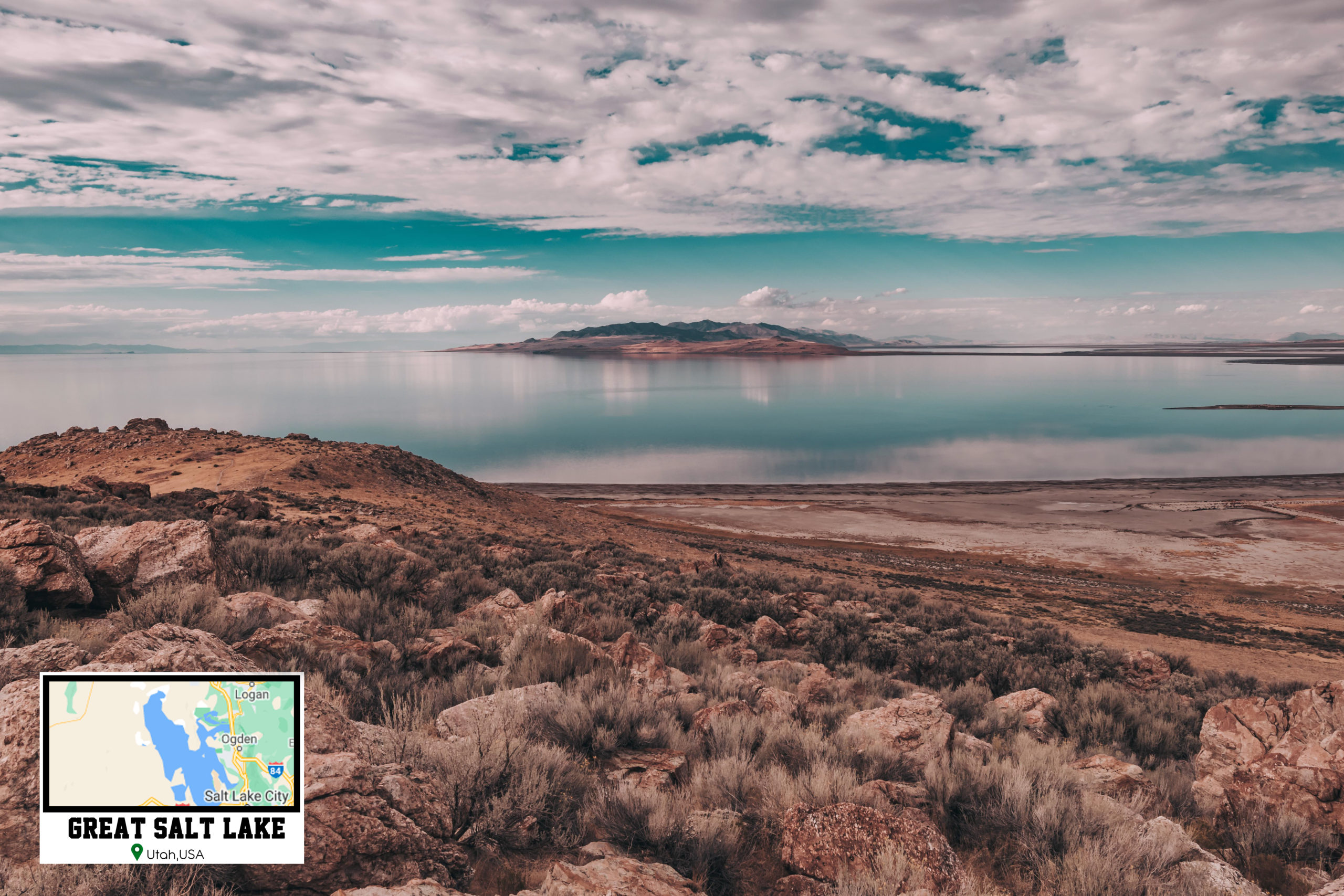 The Joshua trees are a native plant species of the Mojave Desert and give their name to the Joshua Tree National Park which lies on the borders of the Mojave and Colorado deserts. Their long, twisting branches tipped with prickly spines are a common and distinctive feature of this American desert, and they form an important part of the natural ecosystem.

They provide food and shelter for all manner of creatures, such as the Scott’s oriole that makes its nest in the Joshua’s gnarly branches, or the wood rat that builds its home amongst the fallen spines.

Unfortunately, a 2019 study found that the Joshua tree is under serious threat of disappearing from its eponymous park, with the species being pushed to the edge of extinction as early as 2070.

Increasing temperatures and long droughts have made it difficult for Joshua trees to reproduce, and they are under a growing threat from wildfires. The desiccation of the landscape threatens to reduce the suitable habitat of the Joshua tree to just .02% of current levels if climate change is left unchecked. 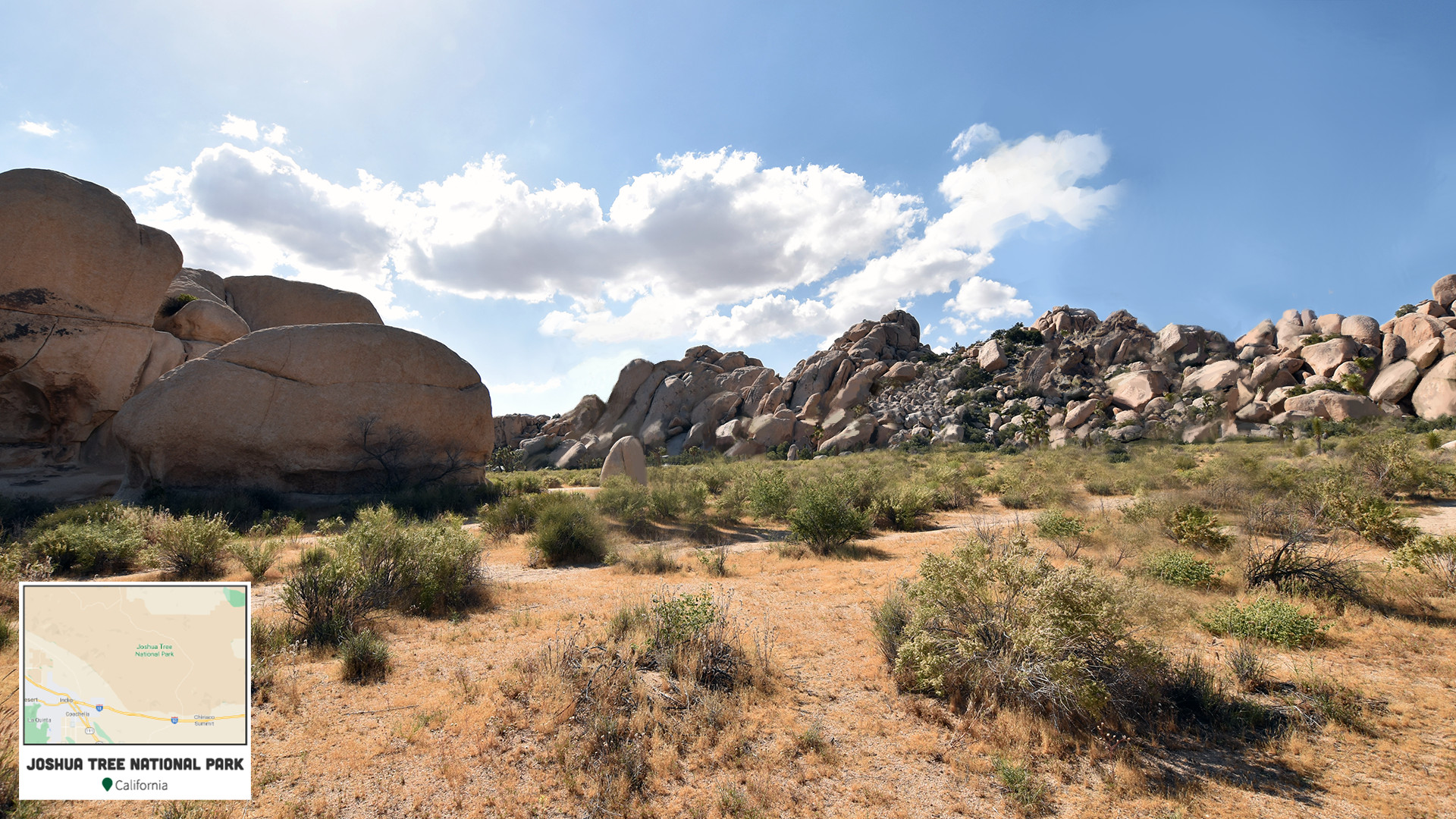 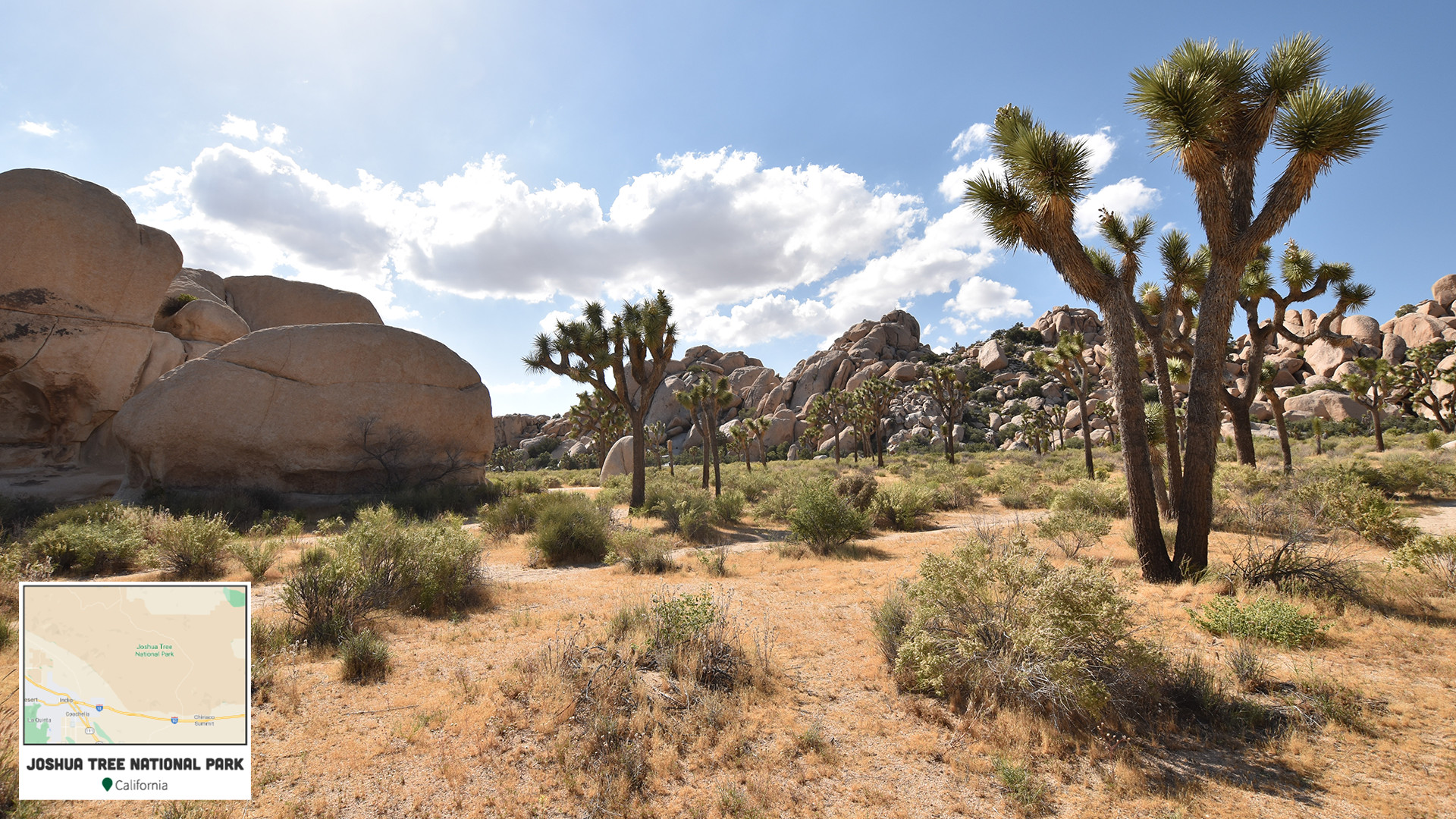 The Everglades is an expansive area of tropical wetlands in the southern end of Florida. It is a vital habitat for many species such as the American, the Florida panther, and the leatherback turtle, and hosts hundreds of bird species each winter.

However, rising sea levels have begun contaminating these freshwater wetlands, killing the flora and destroying these valuable habitats. This environmental collapse already threatens species such as Key deer and manatees with extinction. Sea levels are expected to rise 2.5  – 6.5 feet by 2100, meaning we could see the Everglades disappear within our lifetime. 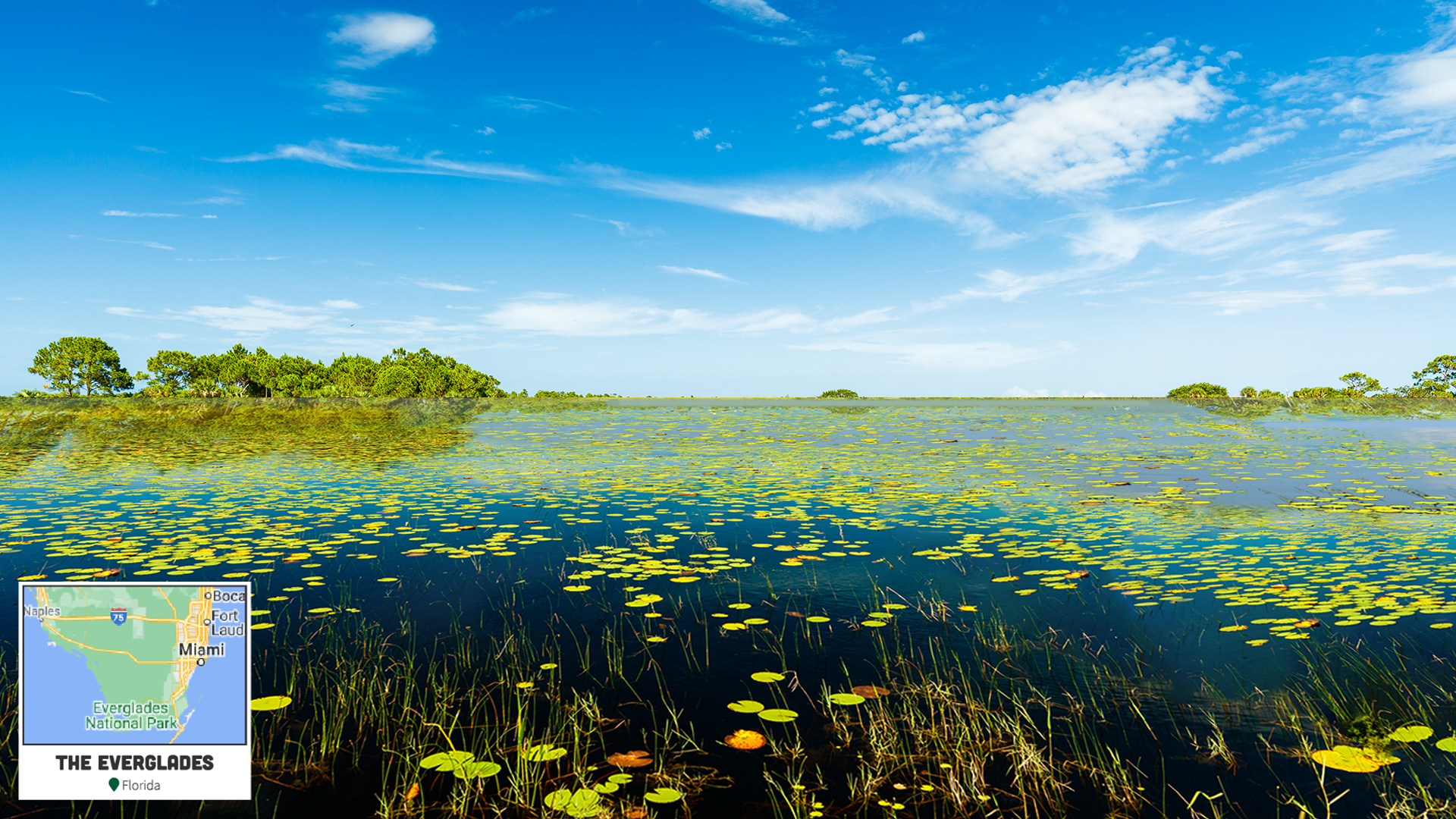 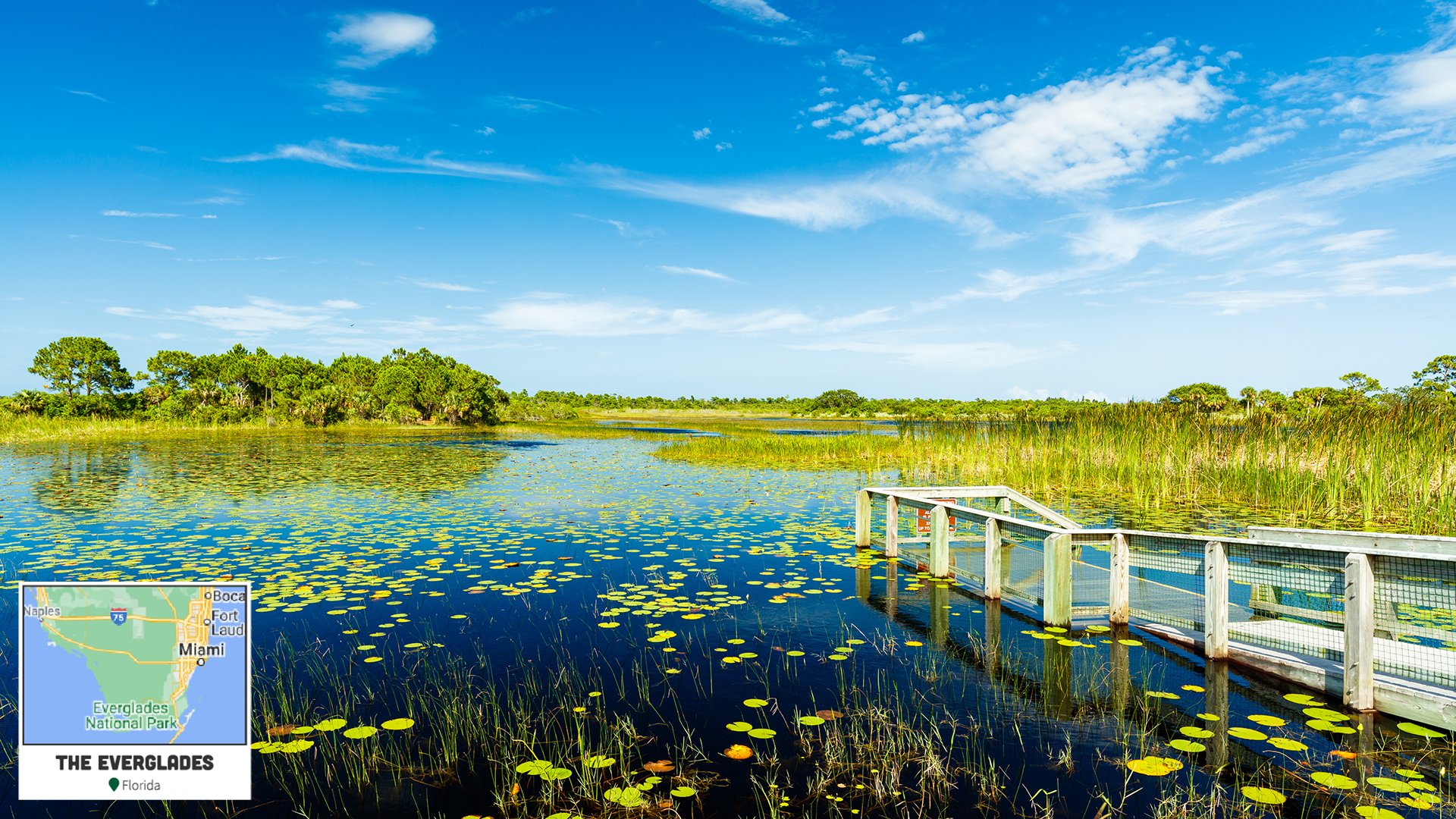 Glacier National Park is a vast area of wilderness in the Rocky Mountains of Montana. This expansive alpine landscape is rich in wildlife, and is a popular destination for backpackers and hikers due to its large number of walking trails and beautiful vistas. These hiking routes lead to all sorts of stunning locations, from the epic Virginia Falls to the serenity of Hidden Lake.

However, the main attraction for many are the park’s eponymous glaciers, which can be found nestled between the snow-topped mountains. Unfortunately, rising temperatures caused by climate change are causing them to shrink at an alarming rate.
As of 2015 just 26 of the original 150 glaciers remained, and the park is on course to lose all of its glaciers within the next few decades. 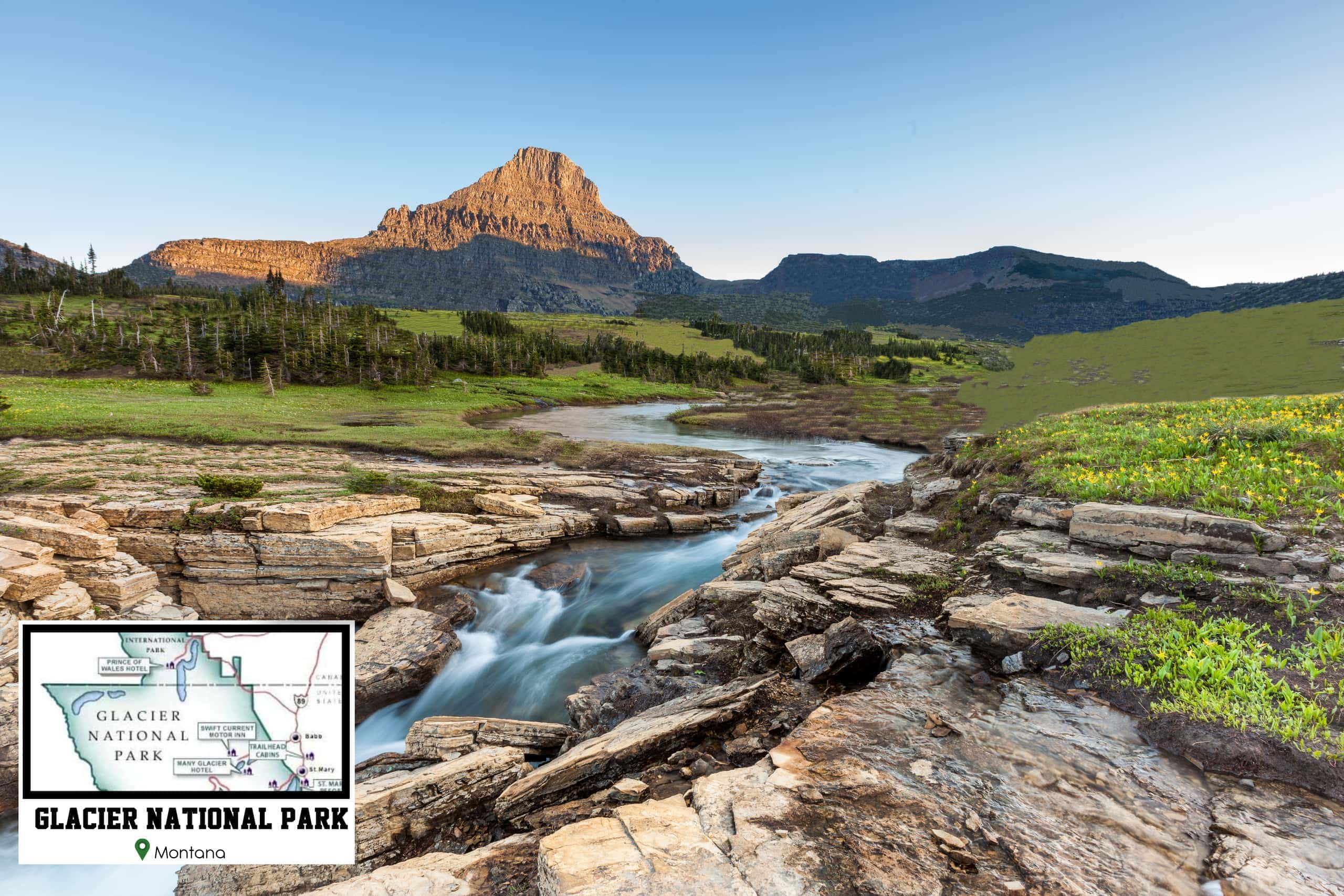 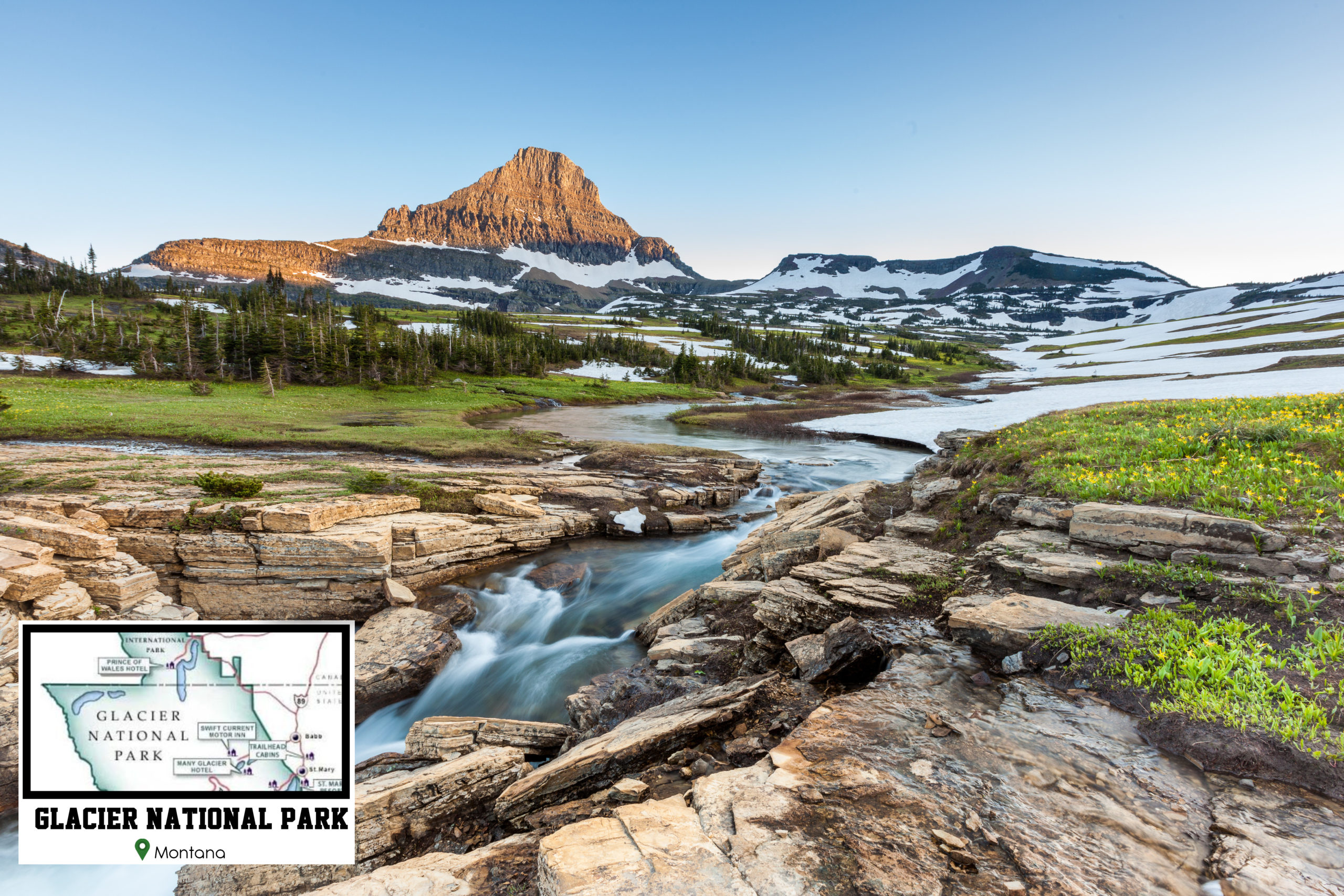 One of the largest waterfalls in the world, Victoria Falls sits on the Zambezi River on the border of Zambia and Zimbabwe. This magnificent landmark is a true natural wonder and draws flocks of tourists every year.

Due to more frequent and severe droughts in the region, the future of the Falls has been called into question. In 2019 the water levels at Victoria Falls were down 50%, reaching their lowest levels in 25 years. With severe droughts becoming ever more common, it is possible that this thundering natural landmark could disappear altogether in the future. 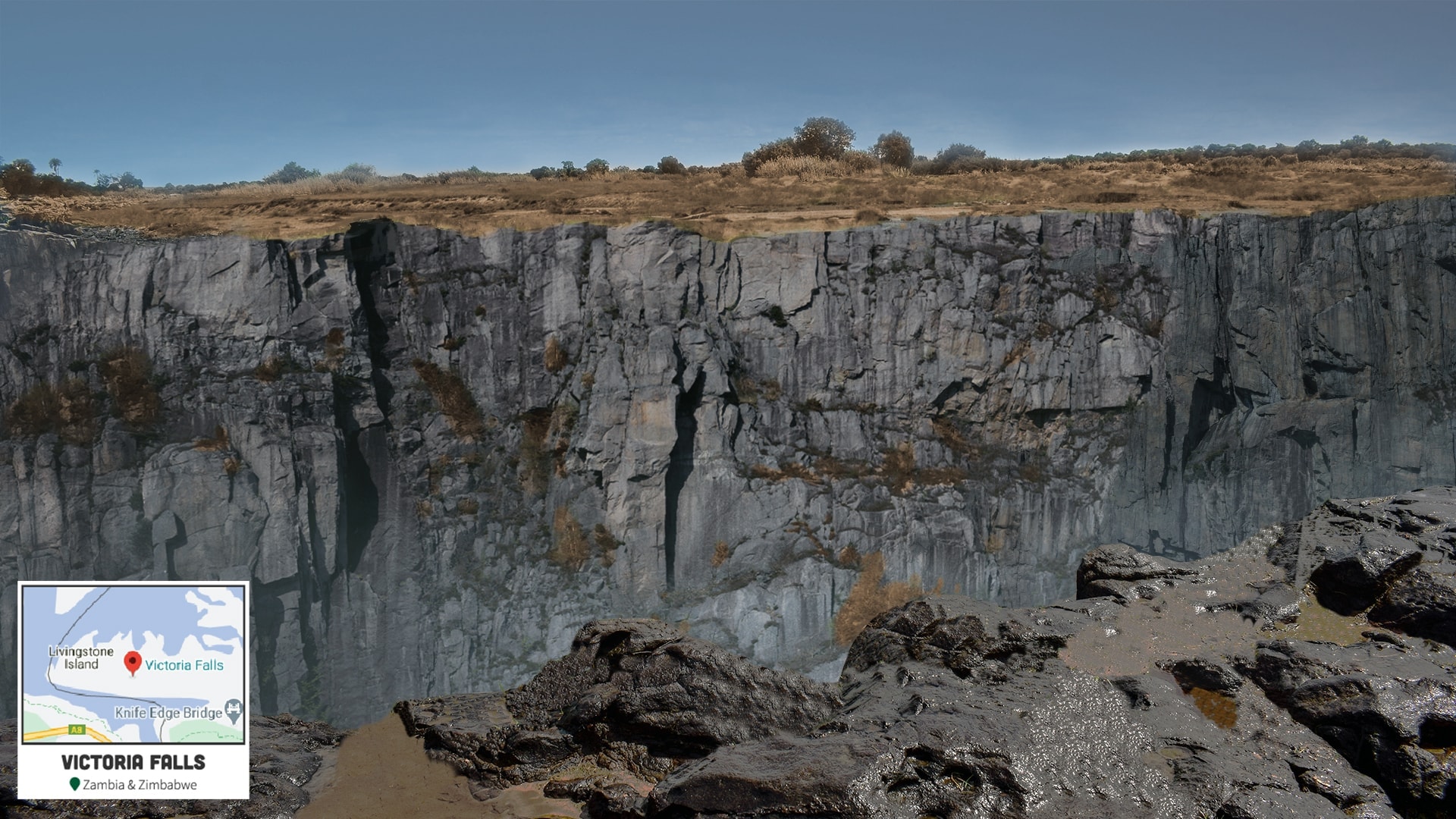 The iconic White Cliffs of Dover can be found on the southern coast of the UK, and are one of the country’s most treasured natural landmarks. Facing onto the English channel, these cliffs have appeared in many cultural and historical works, from wartime songs to records of the Roman invasion.

Yet these beautiful cliffs are eroding at an alarming rate, due to a combination of climate change and human interference. More intense and frequent storms have been wearing away the chalky cliff-face, while beach erosion has led to damage at the base of the cliffs. They are now eroding as much as 10 times faster than they had been over the past few thousand years. 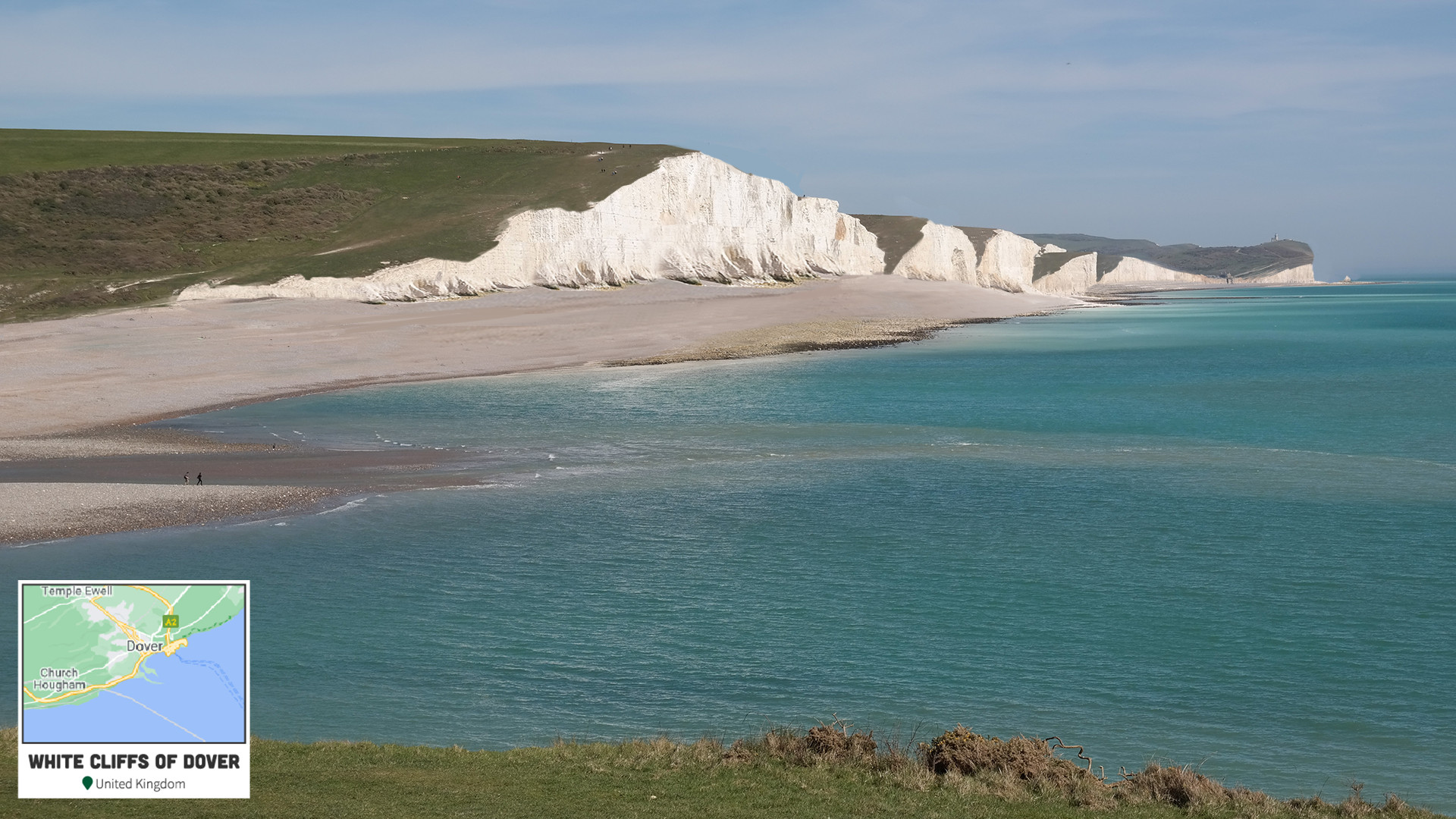 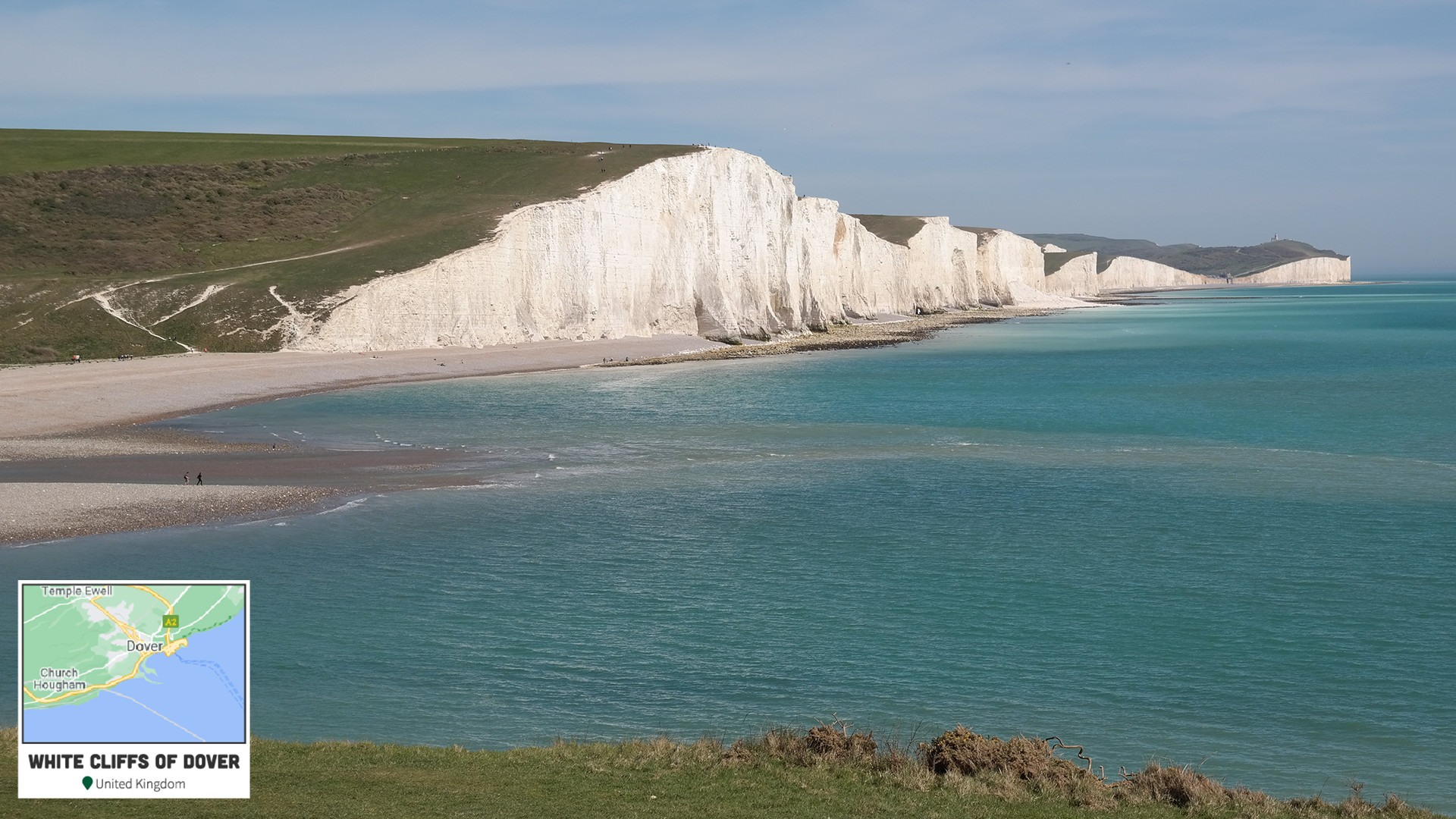 The Alps are an expansive mountain range that stretches across much of Europe from France and Italy to Austria and into the Balkans. These mountains are home to many glaciers and are a popular ski destination for visitors from all over the world.

However, like Glacier National Park in the US, the glaciers and icy peaks of these mountains are at risk of disappearing. This will severely affect the habitat of alpine plants and animals and will devastate the local tourism economy. Recent studies show that if pollution and global warming increase at current rates, there could be virtually no glaciers left in the Alps by the end of this century. 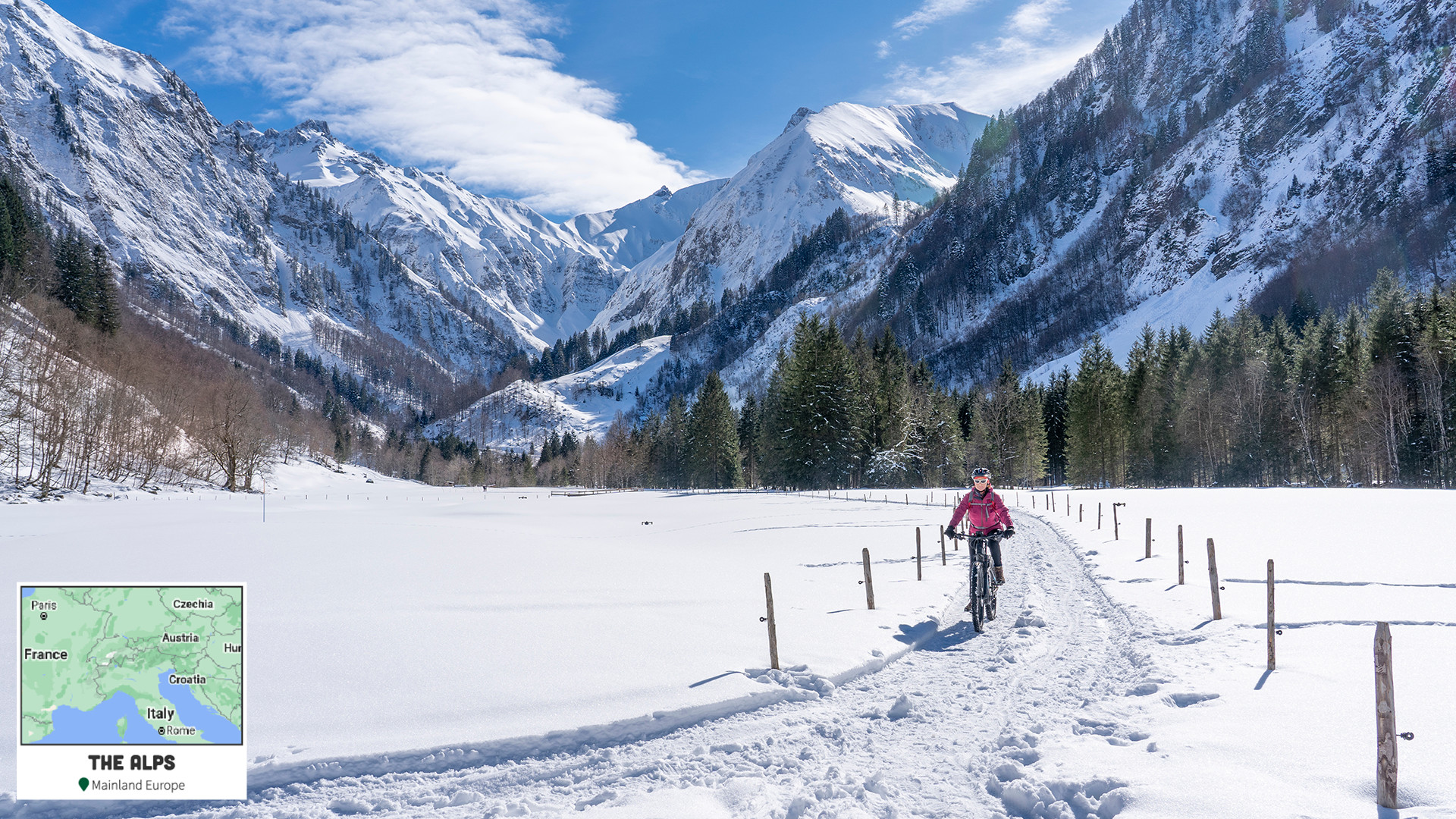 One of the regions most affected by climate change is the Arctic, where sea ice is rapidly melting due to rising temperatures and the continued breakdown of ice sheets across the region. This puts native species such as the polar bear under immense pressure to survive, as their ability to hunt and survive depends on this ice.

A recent Nature Climate Change study predicts that summer sea ice could completely disappear from the Arctic as soon as 2035, meaning that the North Pole will only be reachable by boat for the first time in human history.

The Great Barrier Reef is the largest living structure in the world and is so big that you can even see it from space. This spectacular underwater ecosystem is home to all sorts of marine creatures from tropical fish and jellyfish to sea snakes, marine turtles, whales, and dolphins.

However, rising sea temperatures threaten to wipe out this natural wonder. As of 2018, half of the coral that makes up the Great Barrier Reef was dead. The unnaturally warm waters kill off the algae that the coral feeds on in a process called mass coral bleaching. According to experts, the entire reef could be wiped out by 2050 if drastic measures aren’t taken soon. 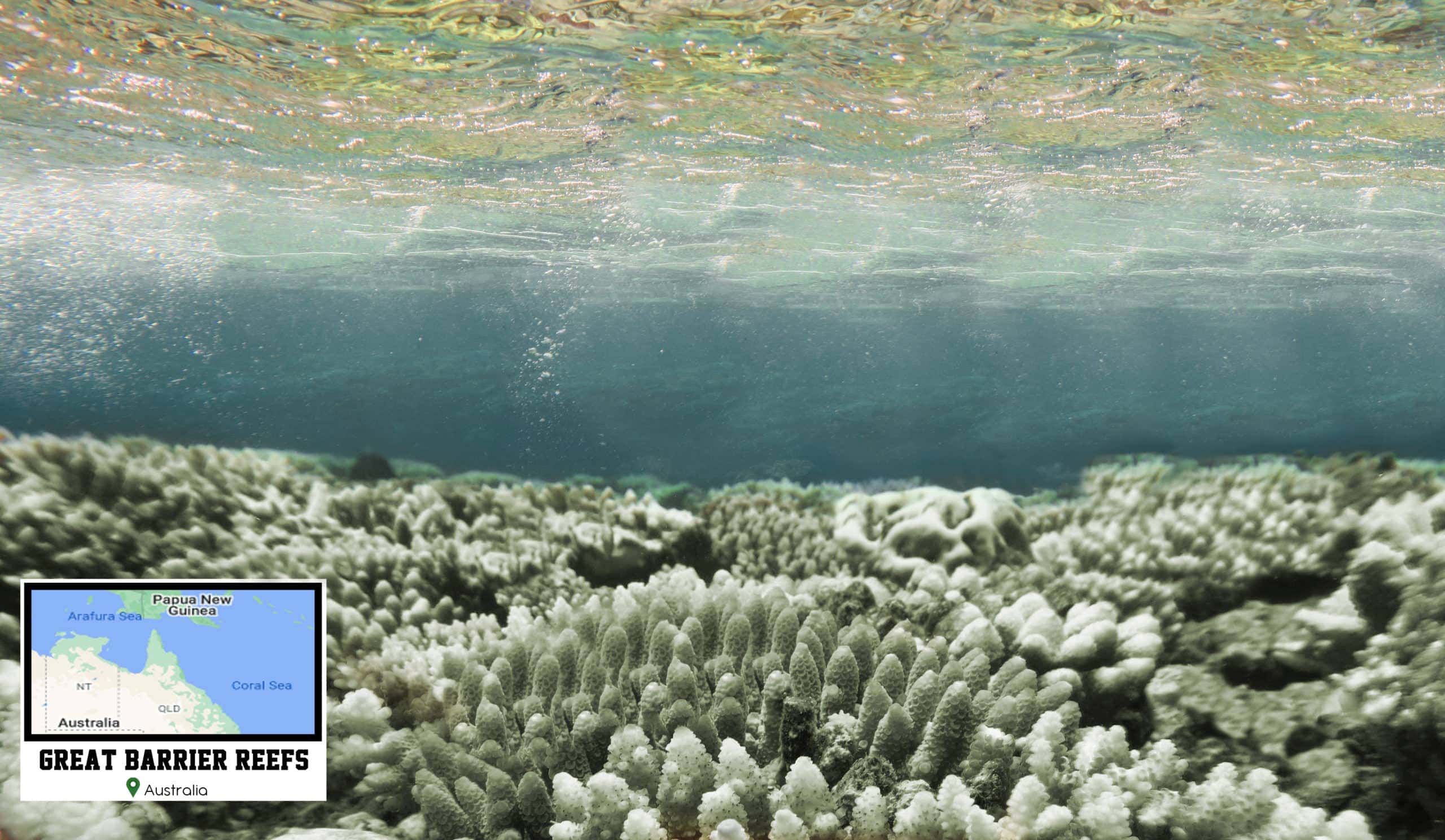