Home / Outdoors Knowledge / Danger Parks: Which U.S. National Parks Are The Most Dangerous?

The USA is blessed with some amazing national parks, including the Grand Canyon, Rocky Mountains, Great Smoky Mountains and more.

And while the country’s national parks are undeniably beautiful, they can also be dangerous too. From accidental falls to drowning and even attacks by wild animals, over a thousand people have lost their lives in the USA’s national parks.

But which parks are the most dangerous, where are visitors most likely to die and what are the most common causes of death in national parks? We submitted a Freedom of Information Act to the National Park Service to find out.

Data for All National Parks ↓

National Parks with the Most Deaths

The dangers facing visitors to the Grand Canyon are pretty clear to see, with drops of 100 feet into the base of the canyon itself, although falls aren’t actually the biggest cause of death in the national park. 27 people have died from falls in the Grand Canyon since 2010, while as many as 42 have died from medical or natural causes, many of which were due to the extreme heat in the area.

In second place was Yosemite National Park, where 126 people have lost their lives in the last decade, with 45 coming from falls. Beauty spots such as Taft Point, Nevada Fall and Half Dome have all seen deaths over the last few years, often when people were trying to capture the perfect photo without being fully aware of the dangers of their surroundings.

The Great Smoky Mountains straddle North Carolina and Tennessee and are the most visited national park in the country, although it’s also where the third-highest number of deaths occur. The most common cause of death here wasn’t from falls, drowning or wild animal attacks, but actually, motor vehicle crashes, with 37 in the last ten years.

Most Common Causes of Death

Unfortunately, while the rugged mountain terrain of the country’s national parks is what makes them so spectacular and popular with visitors, it also contributes to the number one cause of deaths, falls, with 245 deaths in the last ten years. While it can be tempting to take the odd risk here and there to capture the perfect picture, the figures show just how important it is to be aware of your surroundings when visiting a national park.

Many of the deaths that take place in national parks aren’t necessarily anything to do with the surroundings of those involved, but the harsh environment can certainly exacerbate existing health conditions, especially if you’re pushing yourself past your physical limits in extreme heat which you might not otherwise be used to.

Interestingly, 166 deaths in the country’s national parks went unexplained, with an ‘undetermined’ cause of death.

Jennifer is a professional outdoor guide, instructor, and naturalist with a passion for helping people get outside.  She enjoys helping others gain the knowledge and experience they need to get out in nature and enjoy the great outdoors. 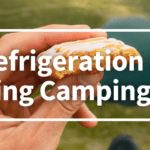 By clicking “Accept”, you agree to the storing of cookies on your device to enhance site navigation, analyze site usage, and assist in our marketing efforts.AcceptPrivacy policy